Extraverts and Introverts: You CAN Work Together Without Going Nuts
760
post-template-default,single,single-post,postid-760,single-format-standard,bridge-core-2.7.6,qode-page-transition-enabled,ajax_fade,page_not_loaded,,qode-child-theme-ver-26.1.0,qode-theme-ver-26.1,qode-theme-bridge,disabled_footer_top,disabled_footer_bottom,qode_header_in_grid,wpb-js-composer js-comp-ver-6.9.0,vc_responsive,elementor-default,elementor-kit-16736

Extraverts and Introverts: You CAN Work Together Without Going Nuts

24 Mar Extraverts and Introverts: You CAN Work Together Without Going Nuts

It’s an age-old annoyance – that co-worker whose style is irritating. You know it shouldn’t bug you, but it does.

There are plenty of sources of irritation. This week, let’s look at one of the most frequent, a fundamental difference between people – where they get their energy.

We all essentially fall into one of two camps, and I bet you can identify which one you are in without the help of a therapist or a sophisticated assessment: extraverts get most of their energy from the outer world of people, while introverts get it from the inner world. 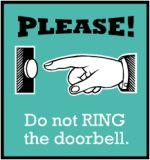 I once heard a fantastic analogy for this very fundamental difference. It’s so good, I’m passing it on to you. Imagine that you have 20 coins in your pocket at the beginning of the day. Each coin equals one unit of energy. For the extravert, every interaction with another person adds one more coin in the pocket. That’s great for me. I’m an extravert.

How does this play out at work? This difference can lead to huge leaping conclusions about a co-worker’s intentions. I recently saw this dynamic with one of my client groups.

The extraverts called meetings, but rarely sent an objective or agenda or preparatory materials in advance. The introverts showed up (if they absolutely had to) already feeling shanghaied because they had no opportunity to think about the topic in private.

In the meetings, the extraverts wanted to make decisions and commitments, because they unconsciously trusted what was decided in a group environment more than a private one.

Now the introverts were really feeling fed up. From their perspective, the decision was rushed, and it would be unethical to make an important commitment without taking some private time to reflect on it and critique it. So the day after the meeting, they would start meeting one-on-one with key decision-makers to delay or change the decision that the extraverts had thought was final in the meeting.

Here’s how to bridge the divide in meetings:

Always remember this: Introverts think to talk. Extraverts talk to think. Plan accordingly and you may even find you like each other.