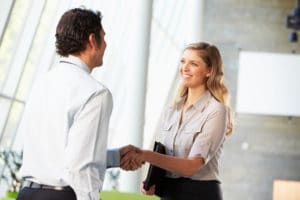 Has this ever happened to you? You had a strong team in a great company with a culture you loved. You interviewed diligently to fill an open position, and were fortunate enough to snag someone who was very successful, very talented, and very skilled.

Awesome! You thought you had the right fit, but within months, this individual quit – or perhaps you had to let him or her go – because he or she turned out to be a poor fit with the culture.

You thought you did everything right in posting, reviewing resumes, interviewing, being meticulous, asking great questions, and involving all of the team members. There’s no doubt you hired someone who could have been successful, since he or she had already demonstrated it elsewhere. However, their style didn’t work in your culture – and it gave you a headache just thinking about how much time and money was wasted trying so hard to fit that square peg into a round hole. Ouch.

First of all, don’t feel too bad about this mistake – most managers make at least one hiring decision that turns out to be a misfit. In fact, cultural fit is the area in which I see the greatest number of costly mistakes, because I am asked to provide executive coaching for a struggling new leader who, in fact, would have performed beautifully in a different culture.

Here are the three most common mistakes in interviewing for cultural fit.

In a typical year, I talk with people in 30 – 40 companies, and because they often talk about their cultures, I see firsthand that almost everyone describes their company’s culture in identical terms, such as “fast-paced.” When it comes to interviewing, this renders the use of words to describe culture meaningless.

Mistake #2: Asking about results they’ve achieved, without listening for cultural clues in their answers.

This is where many interviewers inadvertently shoot themselves in the foot. They perceive questions about results as being (somewhat logically) only about results, so they only listen for results.

I made this mistake myself, and paid the price. Early in my management career, I asked a candidate about the results she had achieved in her current role. I listened carefully and was impressed with what she had accomplished. She was quite a talent.

What I failed to do was listen closely to clues about how she achieved the goals, which turned out to be largely working on her own. She was very independent in nature, and she proved to be a terrible fit with the warm, collaborative culture that was the hallmark of my employer at the time.

But I owned at least half of the responsibility for her failure, because I failed to match the way the candidate worked with styles the culture would embrace, or at least tolerate.

This brings us to Mistake #3…

Mistake #3: Not including a culture interviewer.

Let’s continue with the same example. Six of us interviewed the candidate, but none of us specifically owned the responsibility for a deep dive on cultural fit. Even so, two of the interviewers expressed reservations about “something I can’t put my finger on – she seems a little distant somehow – I’m trying to be open to someone who’s been successful with a different style than I’m used to, but… I’m probably being too close-minded here…”

Had at least one of us been assigned the job of being laser-focused on cultural fit, he or she would have been much more confident and certain about the importance of these concerns, and would have been asking the right questions and listening closely to the answers.

So what are the right questions to ask, and what should you listen for in the answers?

Surprisingly, you may already be asking the right questions, and you may not need to add any others. Isn’t that great?

As you can see, the results are only 25% of the question, and in the other 75%, you have many opportunities to gain insights into cultural fit.

For example, if your rate of growth is particularly fast compared with other companies in your industry, you probably have a culture that values fast, independent decision-making because there are hundreds or thousands of decisions to be made every day and not enough people to make them. That’s the nature of a company in a very rapid growth stage, such as in the first two years after an IPO.

As we’ve seen, while you can ask the candidate to talk about his or her experience in rapid-growth situations, you’ll probably get a beautiful, convincing answer, but it will be useless.

If you were in the fast-growth situation above, you would listen for evidence that their actions included a lot of fast, independent decisions, and that they used time-consuming collaboration only for complex decisions that required a great deal of buy-in from multiple stakeholders.

If their answer to the question still leaves you uncertain, but the candidate is a good fit in other ways, ask them to think about a time when they had to move very quickly and decisively, and to tell you about it in great detail. Listen for clues about how they handled the situation. Would that approach work in your culture?

Compare notes with the other interviewers, and make sure you give equal voice to the culture-fit interviewer, and you’ll get the right fit.

Enjoy your interviewing, and let me know how it goes in the comments below.